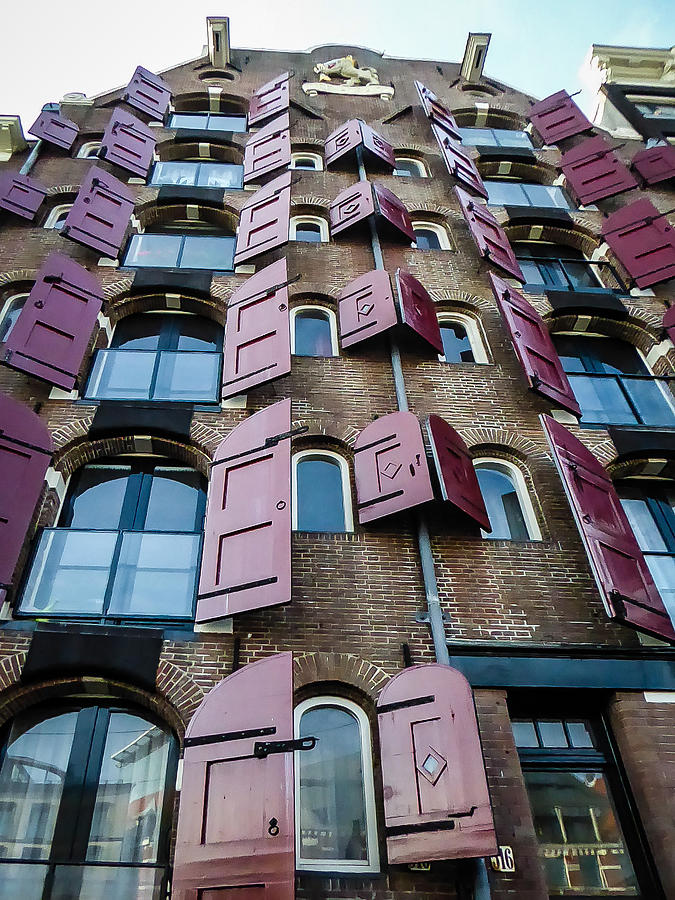 Looking up at the restored former VOC (Dutch East India Company) warehouse in the area known as Bloemenmarkt (Flower Market), built in the early 17th century (around 1625). This former cheese warehouse has many windows with red shutters, and beams with hooks near the roofline. Goods were hoisted through the windows using ropes in the beams. The windows also provided air flow to keep the cheese at the right temperature. The emblem on top of the building is a lion wearing a golden crown holding a sword and seven arrows, from the Netherlands coat of arms.

Cheese Warehouse was featured in the Holland group collection.

Congratulations,! Your artwork has been Featured by the - ABC Group with the theme Q Is For Quantity- You are invited to archive it in the Feature thread LF

Thank you for featuring Cheese Warehouse in the Holland group collection!

I find the color and pattern fascinating.

Paul - thank you for favoriting Cheese Warehouse - Amsterdam, and for being the first to leave a comment! I love these red shutters!