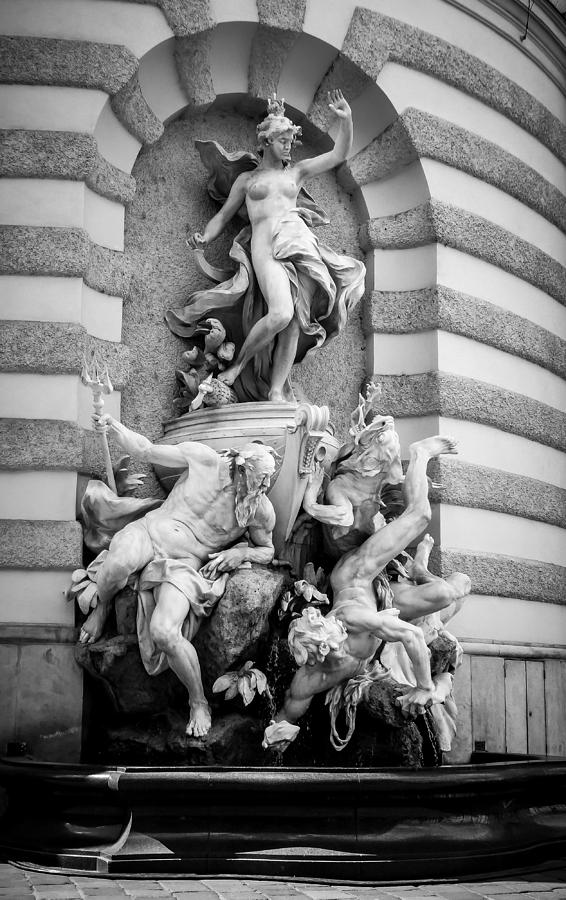 Mastery of the Sea - Vienna B W

Mastery of the Sea - Vienna B W

This fountain was sculpted in 1894 by Rudolf Weyr and is named Macht zur See (Power upon the Sea). It is located in the Michaelerplatz or square adjacent to the Hofburg, Vienna's royal palace. The square is dominated by the impressive neo-Baroque Michaelertor, the entrance gate to the Hofburg palace. This beautiful fountain depicts a young woman on the prow of a ship wielding her power over the sea, which is meant to symbolize Austrian naval power. Black and white version.

Thank you - you made my day!! Your work is so innovative, original and imaginative, I really admire what you create!!

Stephen - thank you for favoriting Mastery of the Sea in black and white, and for being the first to leave a comment! Much appreciated! :)