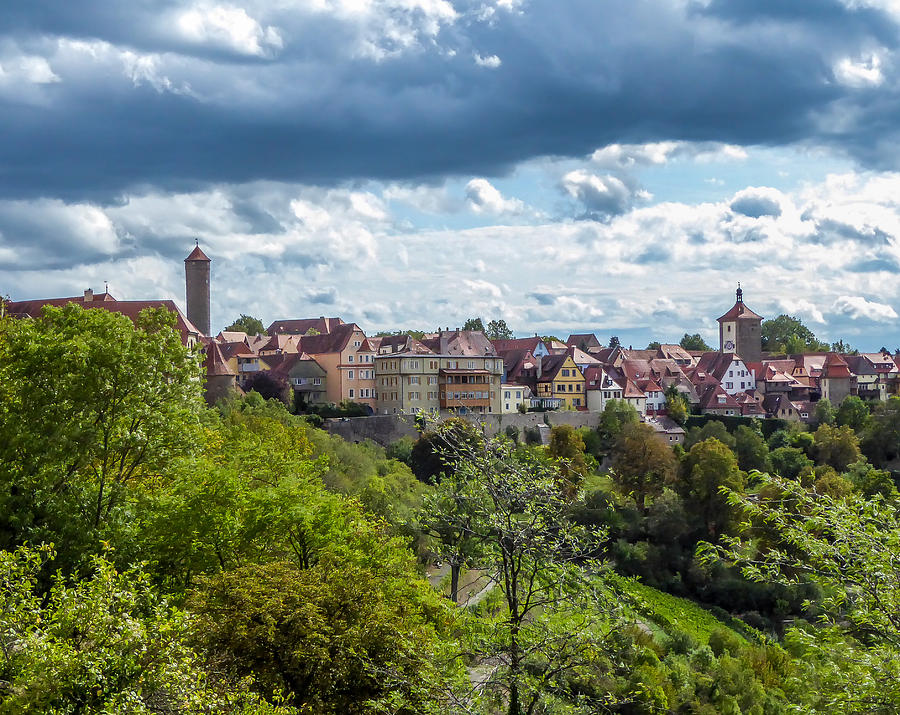 Rothenburg ob der Tauber is a well-preserved medieval old town on the Romantic Road in Bavaria, Germany. In 1070, the Counts of Comburg-Rothenburg built Rothenburg castle above the Tauber River. In 1170, the city of Rothenburg was founded. In the Middle Ages, Rothenburg was a free imperial city, reaching its peak of prosperity in the 15th century. Today, it is a popular destination for tourists from around the world.

Great shot! The trees,cityscape and clouds all work together!

Stephen - thank you for always being so positive and for looking at my new images, right away! :)