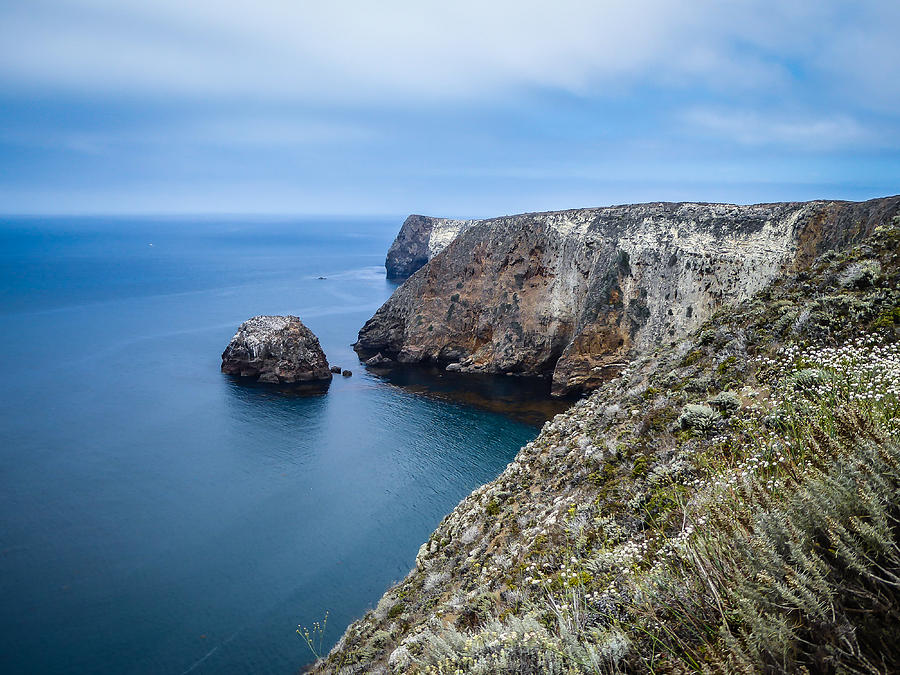 Santa Cruz Island, hiking trail along the ridge above the cliffs.

Santa Cruz Island is the largest of the eight islands in the Channel Islands of California, and is 22 miles from the coast of California. The coastline has steep cliffs, gigantic sea caves, coves, and sandy beaches. It is currently part-owned by the National Park Service and the Nature Conservancy. Santa Cruz has many species found nowhere else on earth. The island is rich in cultural history with over 10,000 years of Native American habitation and over 150 years of European exploration and ranching. The people of the Chumash Indian tribe who lived on the island developed a highly complex society dependent on marine harvest, craft specialization and trade with the mainland population. The Santa Cruz Island Chumash produced shell beads that they used for currency, which formed an important part of the overall Chumash economy.

Santa Cruz Ridge Trail was featured in the group collections of the ABC Group - S IS FOR STONE, and Ocean Photography and Art.

Steve - thank you for favoriting Santa Cruz Ridge Trail, I recommend the hike! :)

Thank you for featuring Santa Cruz Ridge Trail in the group collection of Ocean Photography and Art!

Thank you for featuring Santa Cruz Ridge Trail in the ABC Group - S IS FOR STONE!