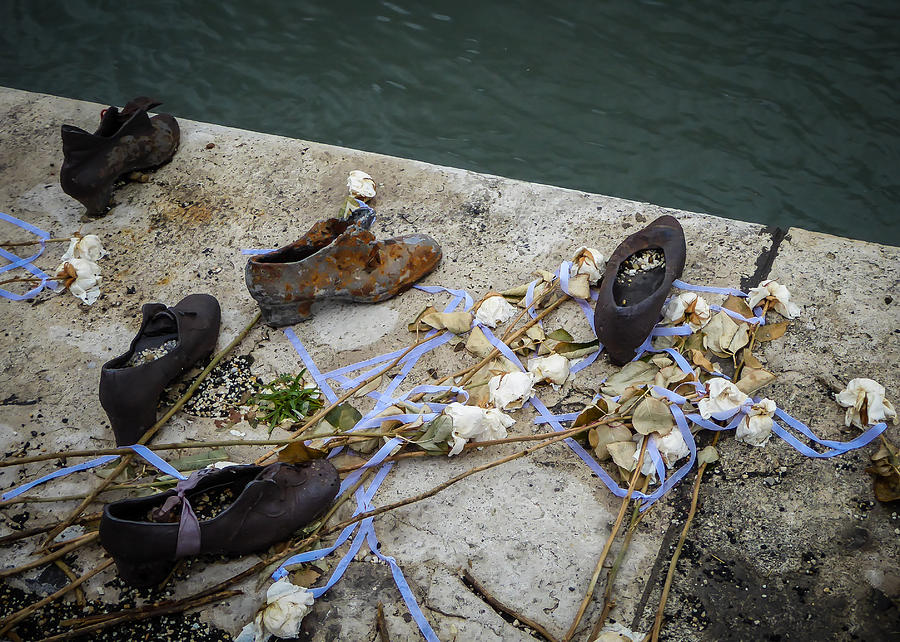 Shoes on the Danube Bank is a touching memorial in Budapest, Hungary. Film director Can Togay created and installed this memorial along with sculptor Gyula Pauer on the east bank of the Danube River to honor the Jews who were killed by fascist Arrow Cross militiamen in Budapest during World War II. The victims were ordered to take off their clothes and shoes. They were tied together and shot at the edge of the water so that their bodies fell into the river and were carried away. Supposedly, only the first person in each group was shot and all were pushed into the river, in order to use less ammunition. Removing their clothes and shoes meant that they would die faster due to the exposure. The memorial uses metal shoes sculpted in period style to represent the victim's shoes that were left behind on the bank.

Wow...what a powerful message. Somber indeed. Thanks for sharing this!

This is a moving, painful and beautiful sculpture and has been beautifully captured both in the photograph and the description which explains the work. Thank you Pamela for enlightening us! Beautiful and my All Star Favorite of the Day.

Shirley - thank you for favoriting Shoes, Roses and Ribbons and for being the first to leave a comment!