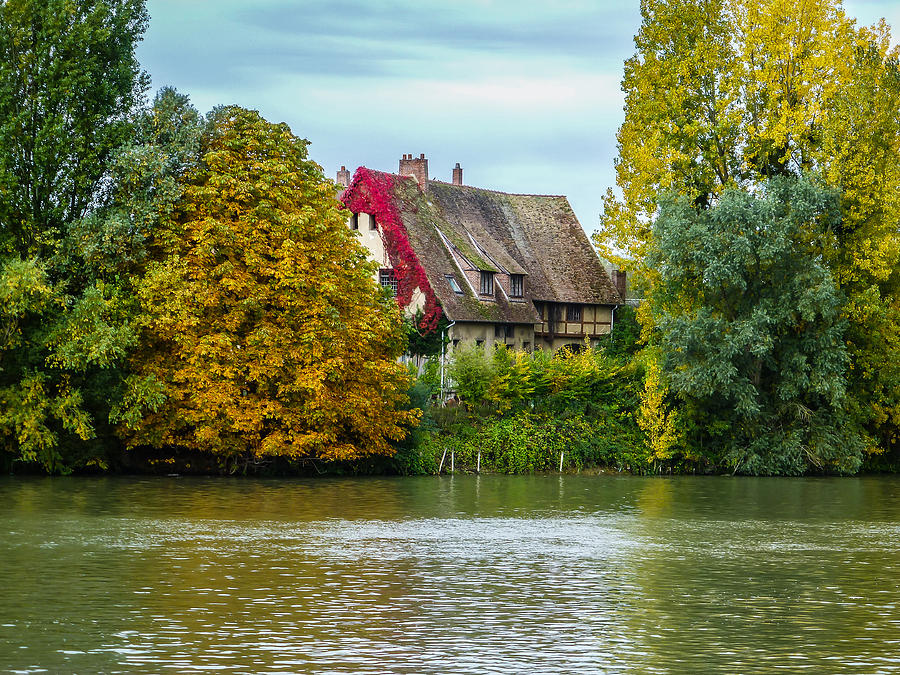 Île du Château (Castle Island)
This beautiful house sits on its own small island in the middle of the Seine River, in Les Andelys, France. Les Andelys is a town on the river Seine in the Upper Normandy region of northern France. Les Andelys is best known for the ruins of Château Gaillard, situated on a hill above the town from where beautiful views of the river Seine and the surrounding countryside can be enjoyed. Château Gaillard was the stronghold of Richard I of England, feudal Duke of Normandy, better known as Richard the Lionheart.

Île du Château was featured in the group collection of Greeting Cards for All Occasions and Images That Excite You!

Congratulations on your feature in "Images That Excite You!"

Thank you for featuring Ile du Chateau in the group collection of Images That Excite You!

Great capture Pamela! A f/l too. PS: Thanks for adding me to your Followers List, I have lots more to share.

Thank you for featuring Ile du Chateau in the group collection of Greeting Cards for All Occasions!